I was an alien, I was a little alien. I was a biologist among artists

(Sorry for the adaptation, Mr. Sting)

Last Friday, June 11, 2021, the exhibition “Friction Science. Life among companion species” at the Centre de Cultura Contemporània de Barcelona (CCCB). And it will remain open to the public until November 28th. 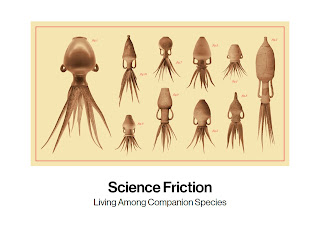 The exhibition is based on the scientific theories of Lynn Margulis and Donna Haraway, from which it proposes the opening of new paths in our relationship with the rest of the living beings with whom we share the planet, and with the planet itself. 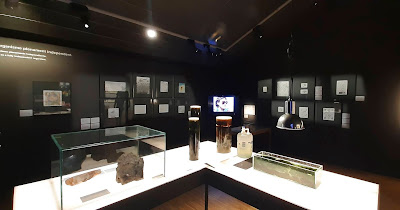 María Ptqk has been the curator of the exhibition, and has carried out a meticulous work of selection of contents that has resulted in the presence of numerous artists whose works connect, in one way or another, with the general discourse of the exhibition from different scopes and conceptual origins. 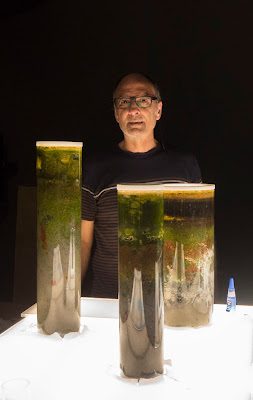 Among the works exhibited are three Science into Images productions: a set of Winogradsky columns, a portion of a microbial mat, and an audio-visual of bacterial growth in time-lapse. This last production is part of Jaime Serra Palou's work entitled “The movement for the rights of nature (El moviment pels drets de la natura)”.

In addition to presenting these works, I have had the privilege of acting as scientific advisor for the entire exhibition together with Prof. Ricard Guerrero, emeritus professor of microbiology at the University of Barcelona.

The opening and the previous press conference allowed me to reconnect with Ernesto Casero, a Valencian artist who is also part of the cast of artists in this exhibition and whom I met at the beginning of February 2020 on the occasion of the closing ceremony of his exhibition “A not so natural story”, during which we screened John Feldman's film “Symbiotic Earth. How Lynn Margulis rocked the boat and started a scientific revolution”. By the way, the film will also be screened at the CCCB on September 16.

Another participant with whom I had the pleasure of sharing some very interesting moments of conversation was Petra Maitz, an Austrian artist –in addition to being a scientist– whose work entitled “Lady Musgrave Reef” was exhibited in the space adjacent to Science into Images. We agree with Petra that, just as science is a fundamental element of inspiration for art, art, in any of its manifestations, also opens up new ways for scientific thought. And that it is everyone's job, artists and scientists, to break down the barriers that separate both views and interpretations of the world.

The calm and deep conversation with the artists (I do not consider myself as such, although this time they have wanted to give me that treatment) has been, not only a personal pleasure, but also an intellectual pleasure. Checking the enormous amount and diversity of connections that can be established between the purely scientific vision (which could be mine) and the artistic one is surprising. And delving into the possible ways of interconnection, the establishment of synergies, the creation of "intellectual symbiosis" that eliminate once and for all that nefarious and artificial separation between scientific and humanistic knowledge, is a challenge. 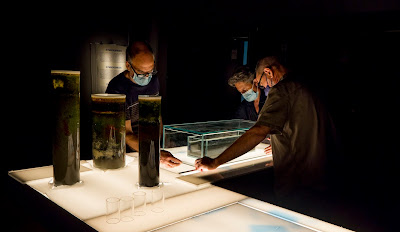 Although that day of the inauguration allowed me to contact or re-contact with some artists, the previous days –or rather, the previous months– have allowed me to meet and work together with an extraordinary human team formed by María Ptqk (curator of the exhibition), Jordi Costa Vila (project director), Neus Moyano and Teresa Navas (coordinators), Álex Papalini (designer of the exhibition) and Susana García and Josep Querol (registration and conservation).

All of them, except María Ptqk, are part of the CCCB's team, an excellent team that has been able to make that the “little alien” referred to in the title of this writing, not feel so “alien” in that apparently parallel artistic universe.

I especially want to highlight the work and dedication of Josep Querol, a member of the CCCB team and to whom at Science into Images we have affectionately awarded the honorary title of "resuscitating microbiologist". His effort, care and perseverance in keeping the microbial mat in good condition has been –and continues to be– extraordinary, and has not gone unnoticed by any of the people who have participated in the production. This special relationship has been captured in the words of María Ptqk: "Josep's relationship with bacteria is one of the strong intra-stories of this expo, what a beautiful love story between species was plotted there." 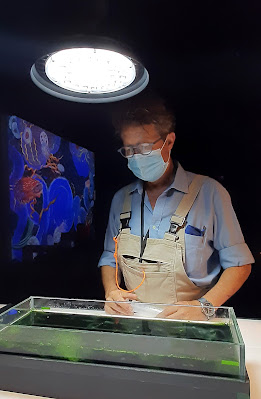 Perhaps this "intra-story" is a magnificent example of that "life between companion species" to which the exhibition's subtitle refers. 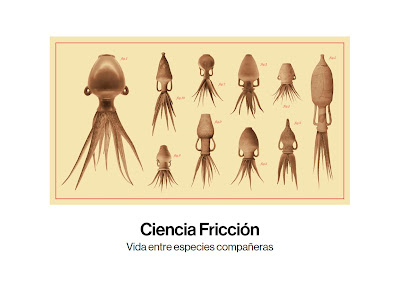 I was an alien, I was a little alien. I was a biologist among artists 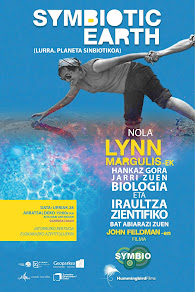